Bhavani Devi – from priests to Rome to Tokyo

Bhavani Devi is the first Indian fencer to compete in the Olympics. Shortly before her trip to Tokyo she shared a picture of herself in front of St. Peter’s Basilica in Rome. Her dad was reportedly a priest. The athlete herself is named after the Goddess Bhavānī who of course wields a big saber. 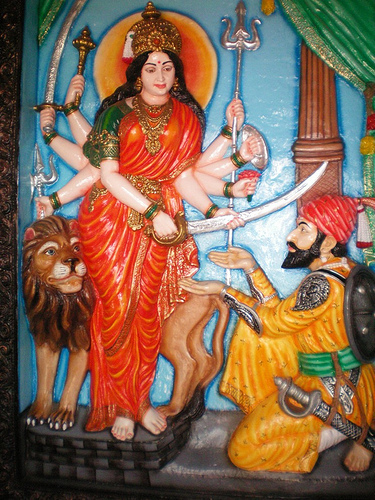